"Chickamauga. Two competing organizations of well over 50,000 doing their level best to out-lose each other - and amidst it all one of the highest-performance, entrepreneurial teams we've ever seen, demonstrating for us how to get it done.


Of course you've never worked for them. Certainly not. But you've read about them -- organizations racked with chaos, everyone ducking for cover, unwilling to make any move or show initiative because they don't trust anyone else to support them. There's no way that they are going to risk making a mistake that an ego-fragile boss could use to protect his or her own career. And there is no one in authority willing to live up to the responsibilities of Leadership.

You've heard of organizations filled with people who wish they could be part of something special. They would love to be part of a winning team. But the only thing that's rewarded is "not screwing up"...surviving. And then there is all of this talk about how they need to improve. They need to communicate. They need to show teamwork. Everyone but the bosses, that is. But no one in the organization knows what it is that the team is supposed to be achieving. They're not even sure that the boss knows.

Then there is that extraordinarily uncommon team -- that lightning in a bottle, that team that seemingly cannot be undone. Those lucky people love coming to work and love being part of something that everyone, even those on the outside, knows is special. Why can't we be like that? What is so special about that team?

Come with us and ask those people who were put through the ultimate crucible near the banks of the winding little creek out in the countryside. They found the answers and learned the brutally honest lessons the hard way. Those former opponents worked as one to preserve their battlefield as the country's first National Military Park literally so that we would come learn them the easy way, then turn them into action.

At Trident Leadership, it is not our job to lecture, nor to lead tours. Our mission is to reveal those gems of real leadership value and help you turn them into action. And we're good at it.

Steve is the founder of Trident Leadership, and author of "Black Dragon: the Experience of a Marine Rifle Company Named 2-F-23." The former corporate trainer has also led tours to historic battlefields from Iwo Jima to Normandy, lauded by legendary Head of the Marine Corps History and Museums Division and Navy Cross recipient Colonel John Ripley, USMC (Ret) as "...far and away the very best historian/guide I have seen on any tour. Light years beyond the average." Steve has conducted hundreds of battlefield staff rides with corporate teams, and is a lecturer for the Marine Corps.

Dr. Mendenhall has served as co-instructor for the Chickamauga Battlefield Leadership study for nearly 15 years. His relaxed style and respectful story-telling puts participants quickly at ease with the learning process. Mark is an internationally recognized Global Leadership consultant and author, is a partner in the Kozai Group, and works with organizations around the globe. He holds the J. Burton Frierson Chair of Excellence in Business Leadership at the University of Tennessee at Chattanooga. 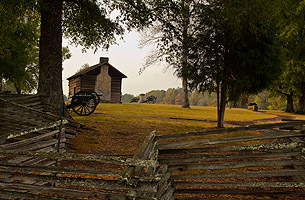 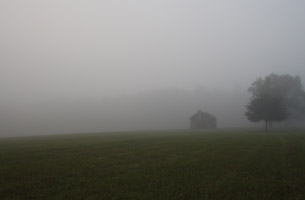 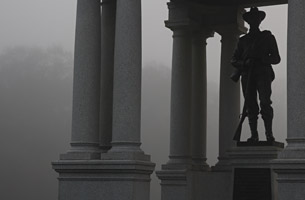 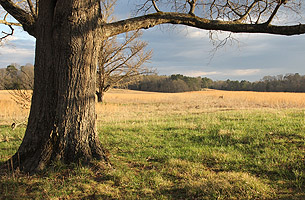 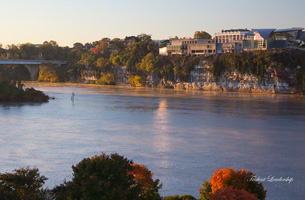 Leadership Destination Chattanooga 
 ...as an Event

...with a Trident Program

First, let's ask the leadership question: What do we need to achieve together? What's our desired end-state? Are you looking for an event, or for a program? For whom?

Click the button below so we can discuss your objectives and parameters. Then we'll lay out the kind of plan that can help you get it done.

Leadership is about action, not just talk. And we'll advance as far with you as you'll let us. But whether you choose a single battlefield leadership event, or push forward with an on-going partnership with TeamTrident, we endeavor to move you through the Boyd Decision Cycle from Observation to Action...

Explore hallowed ground with us and experience Leadership and Team as few have, the good, bad, and ugly. But the Trident experience doesn't stop there. On some of our programs, experience it in real-time with our carefully selected hospitality partners.

Begin and end each day's experience by applying your observations to your own situation and answering the questions that Leadership must always answer: "what's it got to do with us?" You will be surprised how easy it is. But we'll put a challenge to you.

Follow with Working Sessions to document cultural and operational decisions. What do you want to be part of? What are you willing to do to achieve it? It's up to you. But now we're going to really start to challenge you.

Our team members can partner with you to see it through to results. We'll challenge your resolve and pull no punches. After all, that's Leadership. Of course, in the end, it comes down to you.

Schedule an event. Or go the distance.