On the Ground. On site. Remote.

Let's be clear. Learning and Education are important. A group of the most educated, highly-educated individuals is still no more than a group of individuals. Innovation is a trait, not an end-state. Victory demands development of coordinated resolve. It requires the firepower and flexibility of "vicious harmony". Therein lay the end-state for Professional Military Education.

The Joint Chiefs have made historical PME a renewed priority. Fortunately, we've been using it in the development battle-ready teams for over fifteen years.

From Chaos to Action.

Get to the heart of mission execution. Don't settle for a series of lectures on doctrines, concepts, and theories. Don't settle for a casual site-seeing holiday. Embed in the local population. Feel the resolve. Test the coordination. See the ground and the sites. But follow the critical points of successful execution and failure from strategic to operational, to tactical and levels, especially with the human element.

Identify the impact of leadership, both strategic and personal. Their their coordination and their resolve; their readiness to Adapt, Improvise, and Overcome. Explore their ability to work as one to win as one. Most importantly, apply those lessons now.

June 1944 was the turning point of the war in the Pacific. For the American armed forces, it was the end of the old world and the beginning of the new. It was here that they transitioned to a professional modern military force. The operations in the Marianas were the test bed and that pivot point. It was here where lessons in Joint Operations, Combined Arms, maneuver, and small-unit agility were learned,, on the ground, at sea, in the air, and in planning. It was in the Marianas that, amidst the growing pains of an emerging Joint force, the team was forged at all levels.

If the team was forged in the Marianas, the experience of Iwo Jima purified and hardened the steel. Iwo Jima engraved the lessons of agility...of small-unit leadership and coordination over centralized control, forcing small teams to adapt real-time in conditions of denied cover, concealment, observation, maneuver, or support from higher assets. Iwo Jima tested the readiness of the Marines to step up and take the responsibility for leadership, and to maintain relentless pressure. It was the supreme test of Combined Arms and of the human resolve to Work as One to Win as One.

"These young Marines, despite the casualties we took today, knew that tomorrow, we were going to do it all over again. When the sun went down, we counted our casualties to see who's left, and what are we going to need to carry on tomorrow. They knew what was going to happen tomorrow, they were going to continue to butt their heads against that stone wall of resolve on the Japanese side. But they did it anyway. They didn't hesitate."

From Commander-in-Chief to the trigger puller, explore the Allied effort to project power onto the European Continent, establish itself, consolidate to fight as one, to expand, and sustain itself over time. Connect mindsets with action.

From Cowpens to Chickamgauga and Gettysburg. Move beyond the X's and O's, the science of war to the art of execution. Connect mindsets of Leadership with action. Examine the struggle to decentralize decision-making in the absence of supporting technologies, and study the friction between Control and Coordination.

From Talk to Action

The Outside
Begin with the end. Examine each organization or unit from "the outside" -- its performance, its precision, its execution of a plan or achievement on the mission, unfiltered by excuses or distractions.

The Inside.
Examine "the inside" of the organization or unit for those factors which contribute to or detract from the battle-readiness of The Team, and its execution of The Mission. Critique them without favor or excuse, and make applications now.

Begin the transition "from Talk to Action" which actionable solutions. Clarify and articulate conclusions and applications of what needs to be accomplished, and how to get it done. Strategic Leadership and Personal Leadership.

Leveraging clarity achieved throughout the learning evolution, leave the session prepared to take first steps toward turning decisions into results that contribute to coordination and resolve. 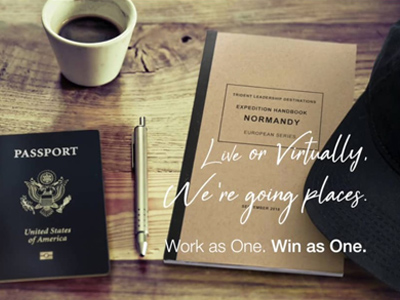